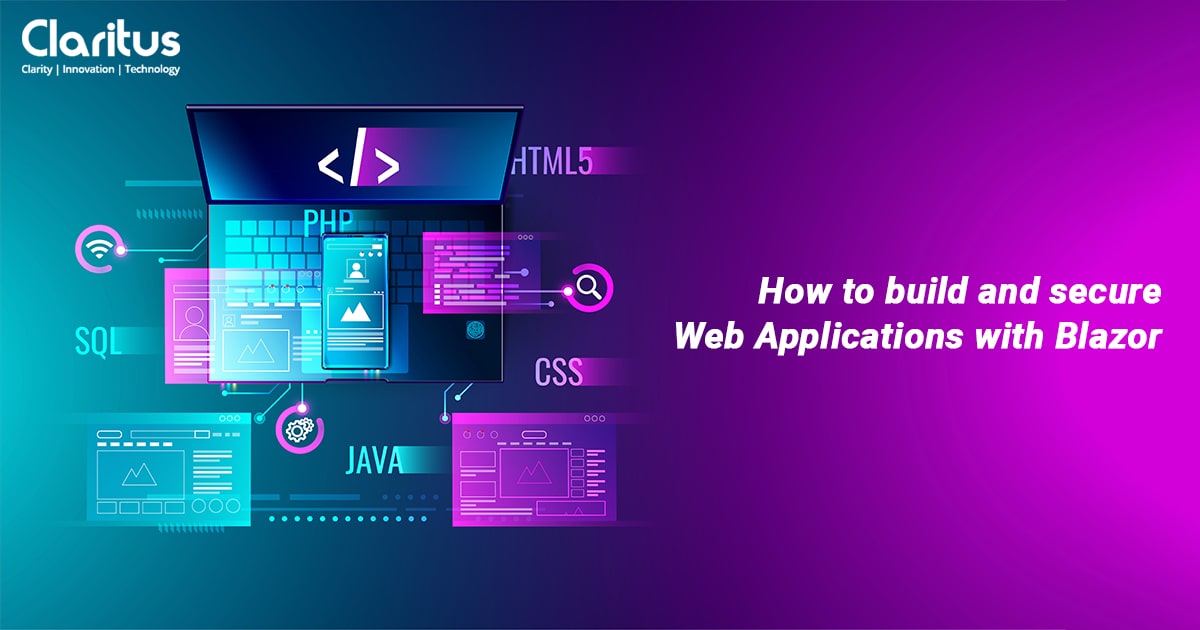 How to Build and Secure Web Applications with Blazor

Microsoft has recently developed an open-source web framework called Blazor. It is supposed to compete with enterprise-class and leading platforms like React.

However, it runs on the .NET runtime, in place of JavaScript and permits .NET developers to utilize their C#, HTML and Razor knowledge to create client-side web applications and interactive UIs.

It allows you to build components and pages that can run on either a server or directly on any modern web browser including mobile ones. Built by the .NET team, it’s free for anybody to use.

Blazor is a part of ASP.NET which is a prominent web development framework and it exploits the .NET developer platform with libraries, software systems and programmes for creation of web apps.

The advantage is that the utilization of templates C #and HTML makes developing an application very convenient and, in many cases, very swift.

Blazor allows you to create interactive web UIs with C# in place of JavaScript. Making use of C#, HTML and CSS and implementing reusable web UI components, Blazor apps are created.

You can easily share code and libraries since client as well as the server codes are written in C#. Utilizing WebAssembly, Blazor runs your client side C# code in the browser directly.

Libraries and code can be re-used from the server side of your application because it’s real.

Once execution is over, the necessary UI alterations are sent to the user and integrated with the DOM.tooltip.

A programming interface called the Document Object Model (DOM) signifies all elements on an HTML page as nodes in the form of a tree. DOM permits elements to be added, updated as well as removed from the page.

Even though Razor templates are used by Blazor for building UI components, the end result is carried out in standard HTML and CSS in the browser.

Therefore, you have at your disposal, CSS features and libraries for responsive decorations and styling, and standard HTML id and class attributes in Blazor to create a seamless experience. Blazor generated HTML and CSS are absolutely similar to other HTML and CSS.

This implies that all legitimate HTML and CSS are conducive to the creation of any Blazor application.

The framework has additional attributes to aid in bringing about HTML, like built in form and input components.

These optional components generalize and simplify the usual task of creating a form with validation. Finally, standard HTML is rendered by these components.

You can secure your web applications by adhering to the following pattern.
1. Build a Web Assembly Application in Blazor.
2. The Blazor WASM (WebAssembly) app should be registered with Auth0 which possesses a Level 2 audit Gold CSA star certification for its efficiency and competence in cloud service security. Auth0 has compliance with the Payment Card Industry (PCI) and Data Security Standard(DSS) which necessitates stringent security controls for dealing with user payment card data.
3. Add support for authentication.
4. Secure Application Programming Interface(API) with Auth0.
5. Call the protected API.
6. Recap.

That’s all about Blazor at an elementary level without delving into any code whatsoever.